Notify me when back in stock

JConcepts is here to support the stadium truck class with a Finnisher body which drop fits on to the Team Associated T6.1 and YZ2-T racing truck. The #0388 body incorporates pre-dimpled locations for the hottest new trucks on the circuit. The slight cab forward, raked windshield and aggressive stance highlight a performance-oriented core. A revised front hood scoop allows plenty of clearance for unique geometry while smoothing out the front down force area. Front chin spoiler, headlight and grill protect the front-end from unwanted up-drafts during flight while the supplied decals stand-out like an 18-wheeler.

Like the ROAR National Champion Hi-Flow SCT body, the Finnisher body has built-in air escape passages which allow the customer to fine-tune the body for maximum outdoor performance. The latest stadium trucks can utilize shocks placed on the front or rear of the rear suspension, the JConcepts body accommodates both configurations for the utmost versatility. The new body includes the high-performance gurney spoiler #0147 which increases rear grip and balances the handling characteristics of the aggressively styled body. 1/10th stadium truck racing is back, JConcepts style.

More From This Category 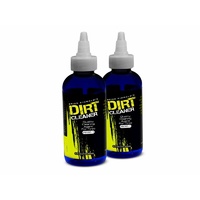 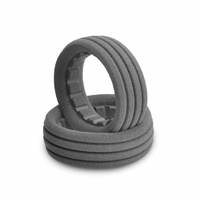